In a paper of ours published in 2014, we have used etched Bragg gratings as liquid level sensors. 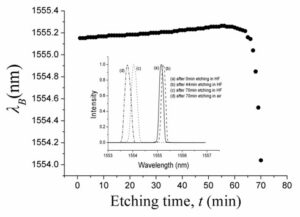 Etching has been realized in HF acid with an etching rate of 1.63 μm/min and the Bragg wavelength has been continuously monitored during the procedure. 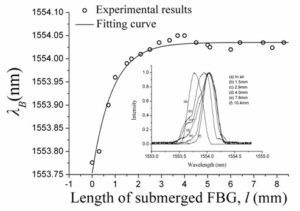